Thanks to everyone who contributed to the fund for Ray's bench. We've raised £500 locally and the Guardian have promised £200. This has been handed to the Comunity Council for banking.

In conjunction with the RSPB and the Guardian newspaper (which Ray wrote wildlife articles for), friends and neighbours are fundraising for a memorial bench to be placed at Loch Ruthven in his memory. Please give any donations at Inverarnie Stores, or contact Darren Read via the feedback link, or Peter Christie (Secretary, Strathnairn Community Council). 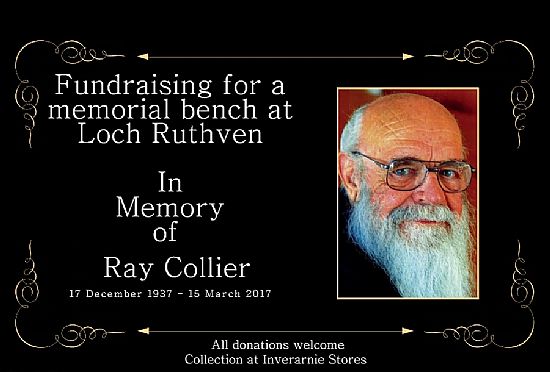