In 1988 Monica graduated in music from Edith Cowan University, Australia.  She runs regularly fun music sessions (based on Kodaly and Orff) for the under 5’s and teaches privately keyboard and piano lessons to children and adults. Over the years she has accumulated a wide range of experience in music and music education with a specialisation in the under-five age group. Her aim is to provide children with a varied, high quality, fun filled music experiences which stimulate creativity and a love of music, which they will carry with them throughout their lives. Since 2012 she also became the Artistic Director of Artsplay Highland.

Sarah is an experienced piano and violin player. She graduated from Minnesota University in 2000 with a Bachelor of Arts with emphasis in classical piano performance. She has also studied with the British Kodaly Academy and obtained a certificate for Early Years Music Methodology.  She provides private music lessons and teaches weekly Kodaly-based classes for preschool and primary children through the National Youth Choir of Scotland and the charity Artsplay Highland. In the past year she provided a preschool-p1 class in the Farr community hall for children in the Strathnairn region.  She is an experienced performer on the fiddle and in years past taught group fiddle classes for children and established a youth ceilidh band for Feis Inber Narain. She is currently pursuing a Masters of Music Education,  Kodaly Concentration, which is a summer based programme at University of St. Thomas in Minnesota. 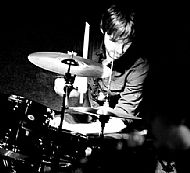 Marc graduated in 2006 from the University of West London with a BA (Hons) Music Technology. He has over 20 years of experience playing and teaching drums. In 2014 he set up I Hit Drums!, a drum tuition service aimed at children and adults. Over the years he also worked as a professional musician, playing many festivals such as Glastonbury, WOMAD, Latitude as well as playing on live radio and television. 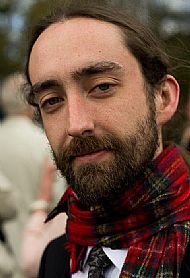 Ben is graduated from James Watt College, Greenock with an HNC Music Perfromance and Promotion. He has been teaching Guitar to children and adults for over 10 years. He writes, records and performs original music with various groups. He is also experienced in sound engineering and has worked as a music event manager for several years. 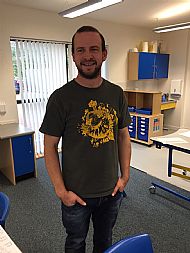 Jamie graduated from the University of Glasgow with an MA (Hons) in Music in 2016. He has been a music tutor for almost 10 years. He is primarily a guitarist and is much in demand locally as a performer, in a variety of styles. The piano was his first instrument, but for many years he shamefully neglected it in favour of the guitar, until at the age of 21 he saw the error of his ways, and started trying to play the piano again. He now tries to encourage his students not to make that same terrible mistake!

Jessica is our singing group leader and is originally from the Black Isle, she is a graduate from Newcastle University in Folk & Traditional Music. In Newcastle she led a number of community choirs all of which were unaccompanied harmony singing but had their own individual repertoire. She has also worked on a research project into benefits of singing in a community environment. Jessica now lives in Inverness and as well as running several choirs she works as a teacher and performer.